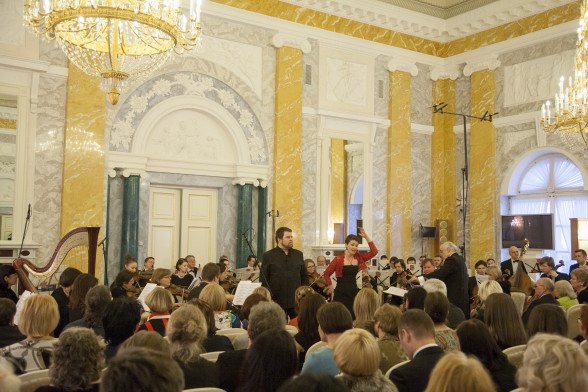 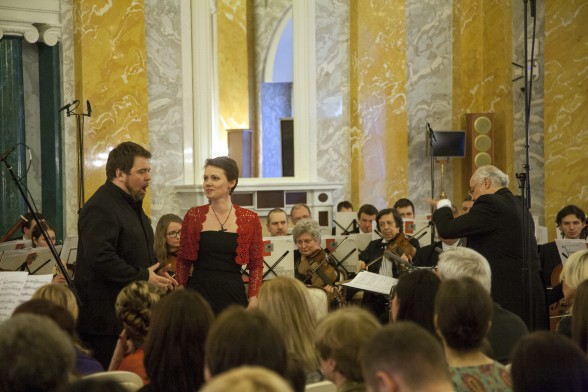 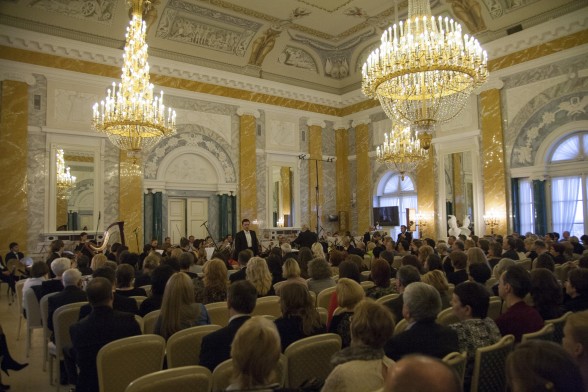 On March 8, 2014, the Festive Concert dedicated to the International Women’s Day will take place in the premises of Konstantinovsky Palace. Classic Multimedia Group will make the audio recording of this concert.

The well-known Russian mezzo-soprano Marina Domashenko and world famous Lithuanian tenor Kristian Benedikt will sing on the concert. They will be accompanied by the State Academic Symphonic Orchestra under the baton of Konstantin Orbelyan.

In the words of critics, Kristian Benedikt possesses “emotionally captivating voice of beautiful, deep sound…” Benedikt’s repertoire includes both lyrical and dramatic roles. Marina Domashenko is world famous mezzo-soprano; she is one the few Russian singers, who have become well-known worldwide on the early stages of their artistic life. Her partners on the stage were such famous singers as Placido Domingo, Rolando Villazon, Dmitri Khvorostovsky, Elena Obraztsova, or Jose Cura.

The concert will present arias and duos from the operas by Bizet, Verdi, Puccini, Bellini, and Tchaikovsky.