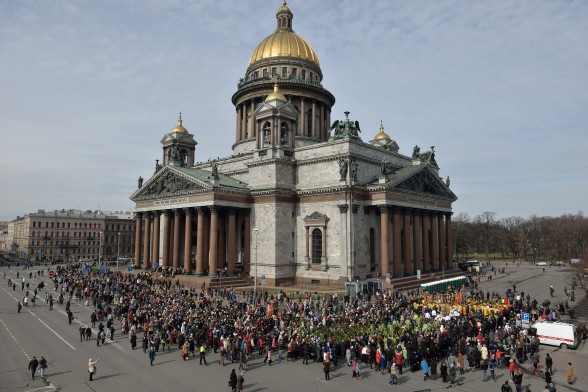 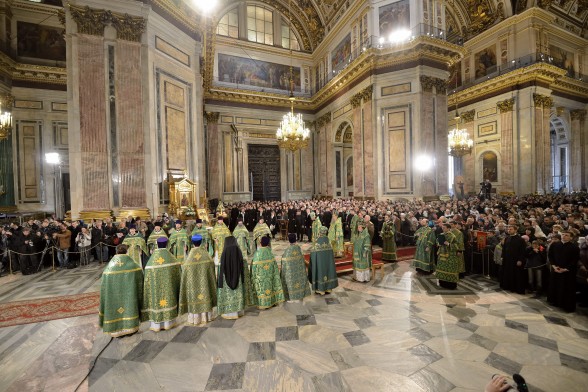 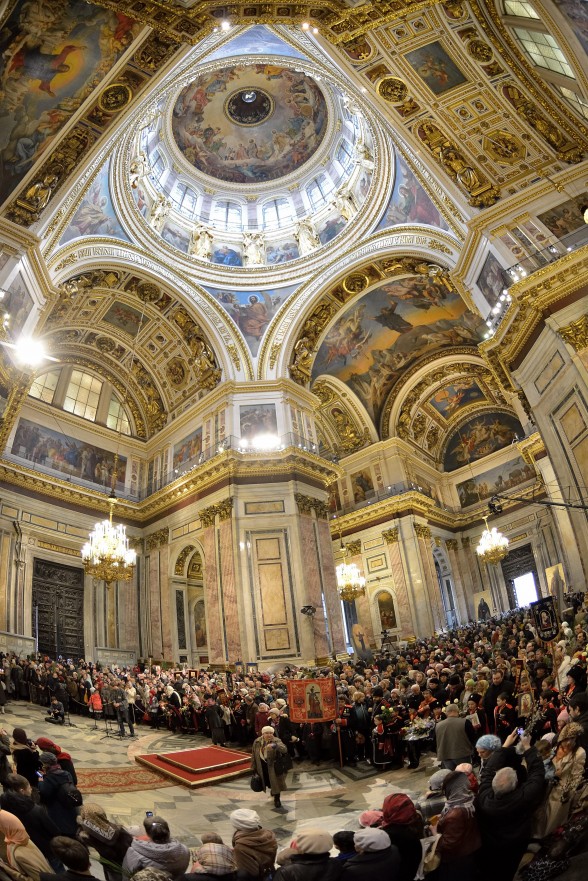 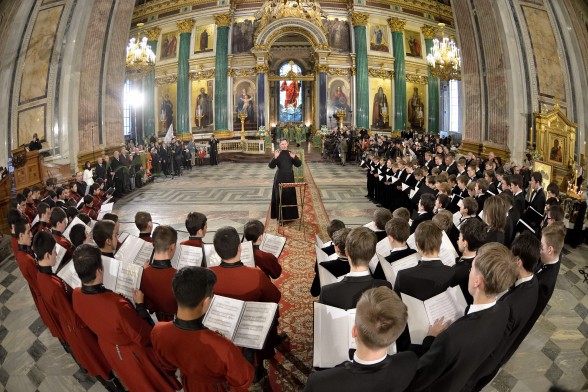 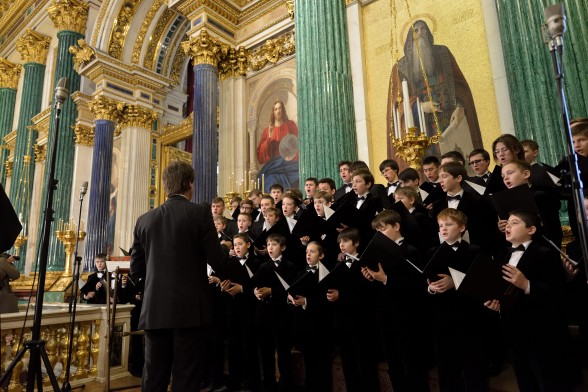 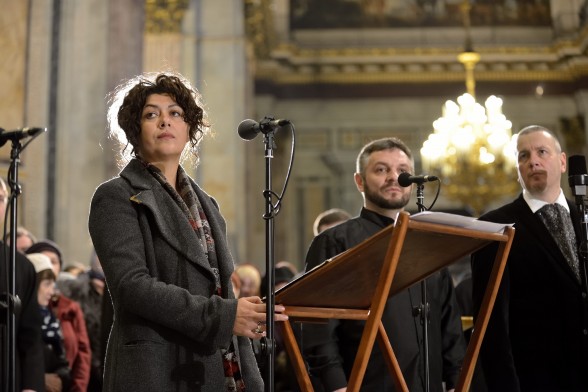 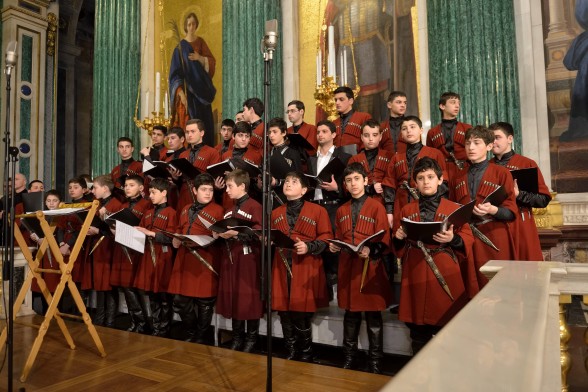 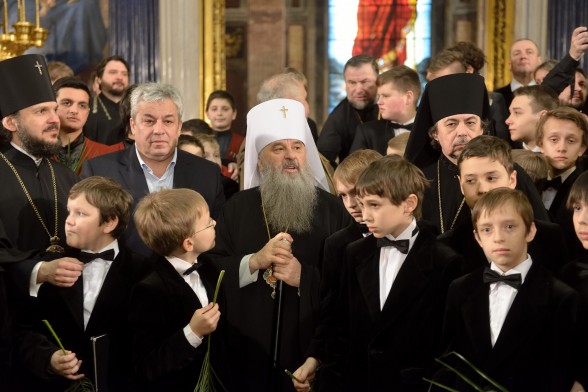 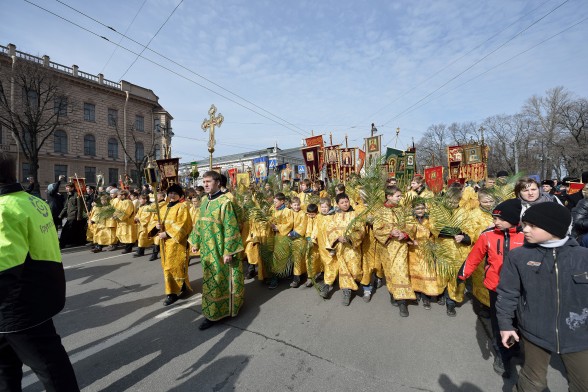 On April 13, 2014, on the holiday devoted to God’s entrance to Jerusalem ‘children’s’ liturgy and a religious procession took place in Isaak Cathedral. The service was supervised by the metropolitan of Saint-Petersburg and Ladoga Varsonofy.

The major actors of the holiday were the students of different Saint-Petersburg schools, choldren’s choir “Bichebi” from Georgia, and boys’ choir of Saint-Petersburg choral school named after Mikhail Glinka — in the whole more than 2,000 children. The Serbian choir “Melodi” supervised by Divna Liuboevich, which is already a favorite of Saint-Petersburg public, also took part in the liturgy.

In the 17th Century the ceremony of God’s Entrance to Jerusalem was celebrated in the capital of Russian Empire with the participation of the secular and the church authorities. The beauty and the shape of the bishop’s religious procession with the ‘donkey walk’ astonished the people with its ‘grand solemnity’. The walk was cancelled in the 18th Century in time to the emperor Paul I. After more than 300 years break this tradition was restored in Saint-Petersburg with the assistance of the “Orthodox Music Academy” and Saint-Petersburg Conservatory.

The specialists from the company CMG took an active part in preparing this event. Our sound engineers provided professional augmentation of sounds produced by all choirs and by all priests, who participated in the festive service. High professionalism and long experience of our engineers secured easy solving of all questions related to the specifics of the liturgy: large space of the temple, great number of attendants, who came to the cathedral that day, and the changes in the order of the service. In order to fulfill the main task – the maximal clarity of sounds produced by the solo voices and the choruses – we used unique equipment of our company; for instance, the augmentation of the boys’ choir “Bichebi” and of the boys’ choir from Glinka School we used hi-quality microphones Neumann TLM-170.

Besides, our sound engineers made an audio-recording of the liturgy itself. The release of a video-CD with the recording of the Palm Sunday in Isaak Cathedral is scheduled for 2014.

All the equipment, which was necessary for sound augmentation and audio recording, was provided by our company Classic Multimedia Group.