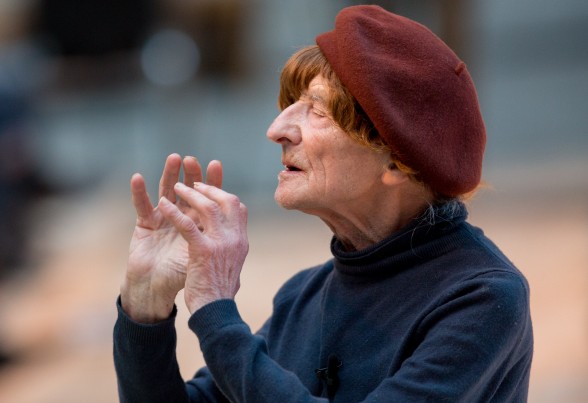 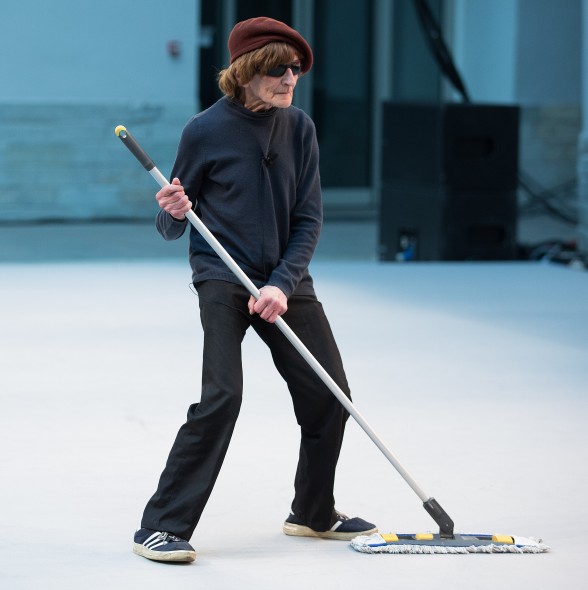 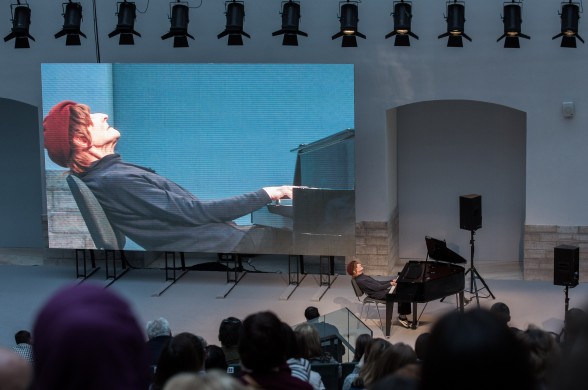 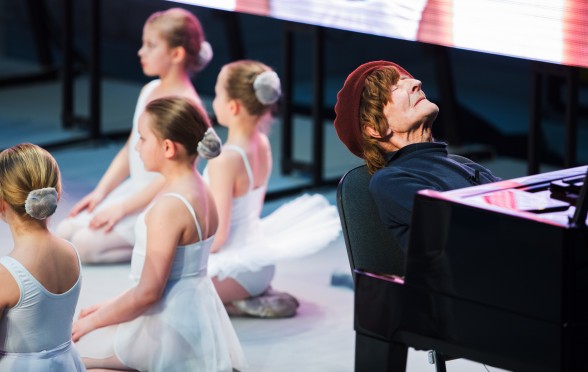 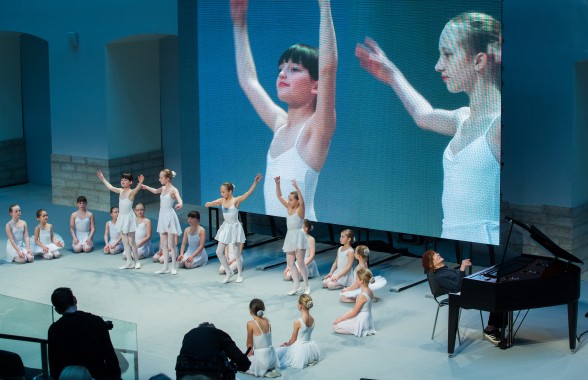 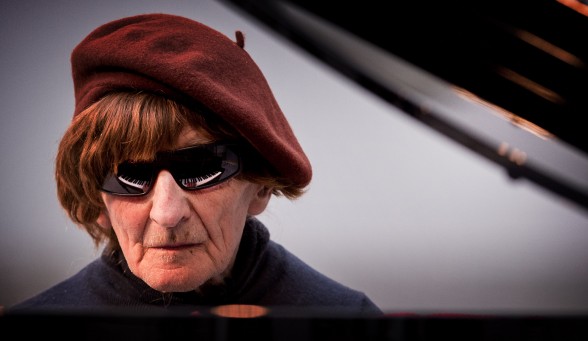 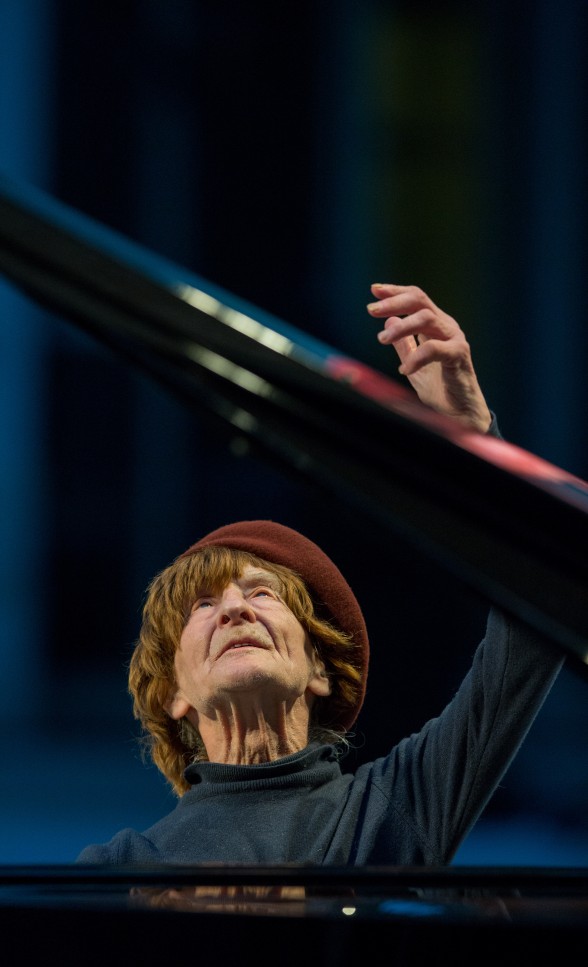 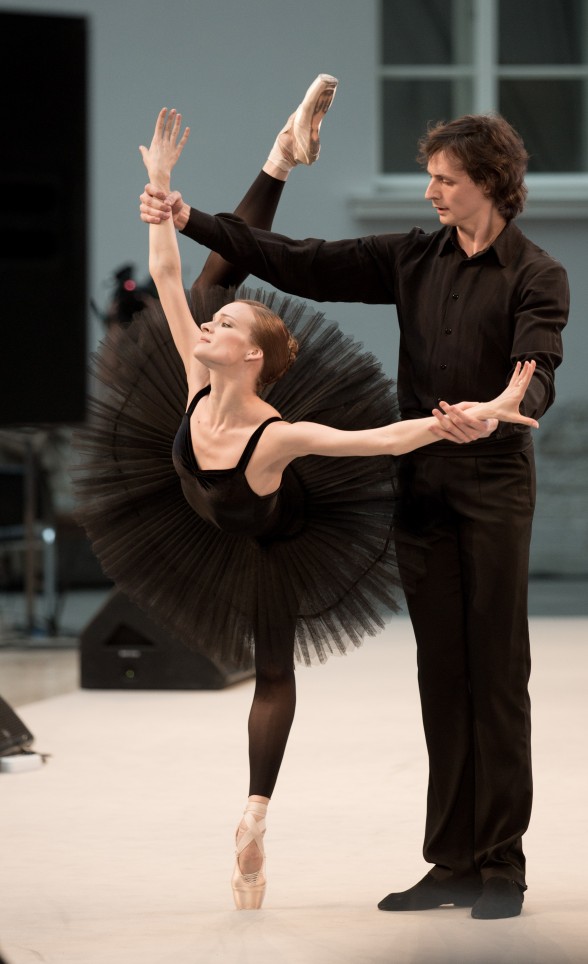 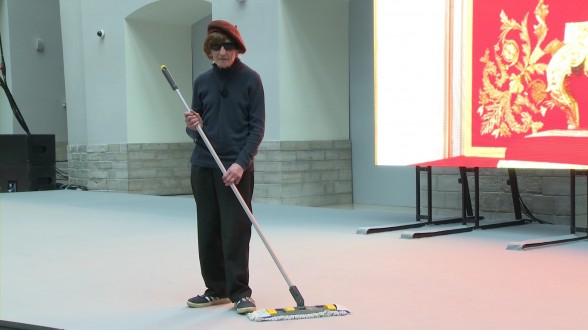 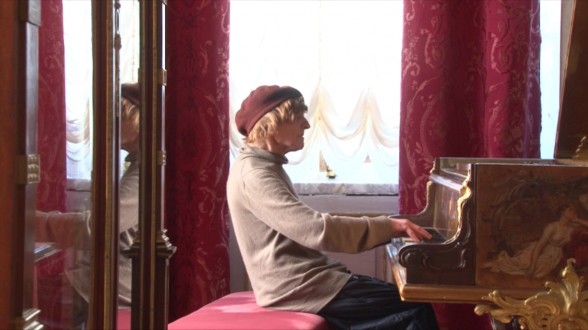 The composer and pianist Oleg Karavaichuk is the legend of St. Petersburg music world. This year he turned 86. His every recital is the big event for numerous admirers of his talent. Karavaichuk’s concert took place in May 16 at the General Staff Building; it was devoted to the ‘terrible and bloody 20th Century” — which events were contemplated over by Oleg Karavaichuk and his audience.

The CMG took a very active part in organizing this concert. Since the main artistic method of Karavaichuk is improvization, we took efforts to predict all the directions which Karavaichuk could take; our experts – altogether with the maestro — also elaborated easily-adaptable system of management of audio- and video- equipment. This task was successfully solved by using video server and an engineer working online. Video films were specially prepared by our montage directors; these were transmitted on a large LED screen, installed on the stage.

Another difficult task for our sound engineers was to adapt our technical devices to the hard acoustics of the Hermitage Ark concert hall. This hall contains much mirroring surfaces (marble and glass), which destroys sounds reverberation. The sounds of piano initially was heard badly – which was not acceptable for us. We fixed the acoustics and made piano sounds listenable by installing acoustic liners by Meyer Sound. To our great delight, our fiercest critic – Oleg Karavaichuk – highly appreciated our work. For his speeches, we used the microphone DPA 4081, which was very suitable for the maestro, and also avoided feedback effect.

After the CMG made audio- and video- recording of the concert, we are considering the possibility of releasing it.

We work with Oleg Karavaichuk in the course of several years, which is a great honor for us. We take the active part in organizing his projects, and we hope to make much more of these in the future.